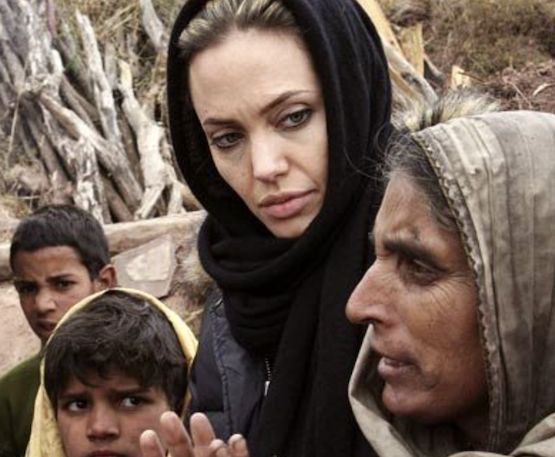 Angelina Jolie had always been fascinated by ancient history, and when she heard about an archaeological dig at the ancient city of Hamunaptra, she jumped at the chance to join the team. As a member of the French Foreign Legion, she was no stranger to adventure, but she had no idea what she was about to uncover.

As the team began to excavate the site, they were amazed by the treasures they found - gold coins, jewelry, and ancient artifacts that had been buried for centuries. But as they dug deeper, they stumbled upon something even more incredible - the tomb of an ancient mummy.

Jolie and the other members of the team were thrilled by their discovery, and they eagerly set to work uncovering the secrets of the mummy's tomb. But as they began to unravel the mysteries of the past, they soon realized that they had awakened a powerful force that had been lying dormant for thousands of years.

The mummy began to stir, and as it rose from its tomb, Jolie and the team were confronted by its terrifying power. They tried to flee, but the mummy was too fast, and it quickly caught up with them.

As the mummy closed in, Jolie knew that they were in grave danger. But she refused to give up, and with a fierce determination, she fought back with everything she had. She battled the mummy with all her might, and in the end, she managed to defeat it, saving herself and the rest of the team.

In the aftermath of the battle, Jolie was hailed as a hero, and she was praised for her bravery and her skill. She had proven herself to be a true warrior, and she had saved the day. - satire - written by the dmv life team