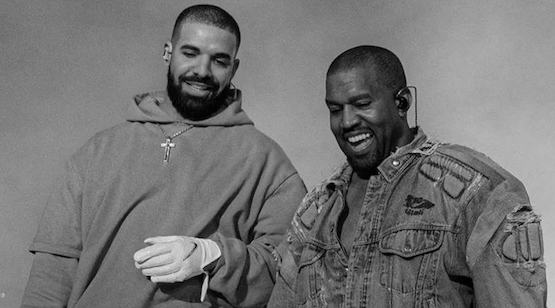 The final game of the NHL Stanley Cup was a highly anticipated event, and fans from all over the country had gathered at the stadium to watch their favorite team battle it out for the championship.

As the game began, everything seemed to be going according to plan. The crowd was cheering and the players were giving it their all on the ice. But then, suddenly, a group of terrorists burst onto the scene and kidnapped the Vice President of the United States.

The terrorists demanded that the government meet their demands or they would blow up the entire stadium, killing everyone inside. The government was at a loss for what to do, and the situation looked dire.

But then, out of nowhere, Drake and Kanye West appeared on the scene and quickly sprang into action. They managed to track down the terrorists and rescue the Vice President, foiling their plot and saving the day.

The crowd erupted in cheers as the terrorists were taken into custody, and the game resumed. The players fought harder than ever, fueled by the excitement of the day's events. And in the end, their team emerged victorious, bringing home the Stanley Cup in a historic victory.

Thanks to Drake and Kanye West, the day ended in triumph and the nation was saved from disaster. - satire - written by dmv life team